Looking for the Moon Valley

On our ride to San Pedro de Atacama still everything was fine. Then there was a sign heading to the Moon Valley. So we took the turn onto a gravel road and tried to find the moon valley. We were getting bad feelings when we saw a sign warning about mine fields. But the mine fields were enclosed by fences, so we just continued. After 20 miles of gravel road we still did not see the moon valley and decided to return.

Approximately 3 miles before we arrived back at the highway, it happened: Michael overestimated his riding skills and his bike started to fishtail at about 40 mph. He lost control over his bike and flipped over. Carmen just saw a huge cloud of dust and when the dust disappeared, she saw the chaotic scene: Michaels panniers and luggage was scattered across the landscape and parts of the bike, like mirrors and indicators, were laying on the ground. The cockpit of the bike was completely crushed and speedometer and rpm were destroyed. However Michael was pretty well and not hurt beside some scratches. After a little rest we tried to fix the bike. We attached the panniers and the luggage temporarily and bent the cockpit so that Michael was able to steer the bike again. Very slowly we were driving to San Pedro de Atacama and checked into a hostel. 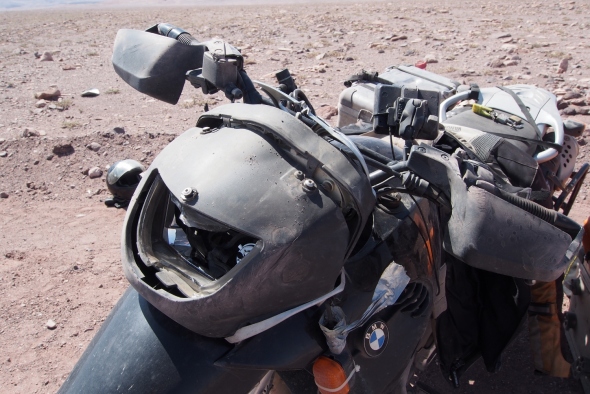 On the next morning, Michael removed all damaged parts and bent the cockpit so that he could drive the bike again. Afterwards we did a small test drive to the Salar de Atacama, a salt lake in the Atacama desert. The Salar de Atacama is much smaller than the famous Salar de Uyuni in Bolivia, but at least we now have a little impression of the beauty of the salt lakes.

Afterwards we continued our search for the moon valley. This time we took the right turn and arrived at the moon valley after a few miles. We took some pictures and rode back to the hostel.

In the hostel we met Linda and Samuel, two germans, whom we got to know in town in the morning. We spent a nice evening together in San Pedro de Atacama. 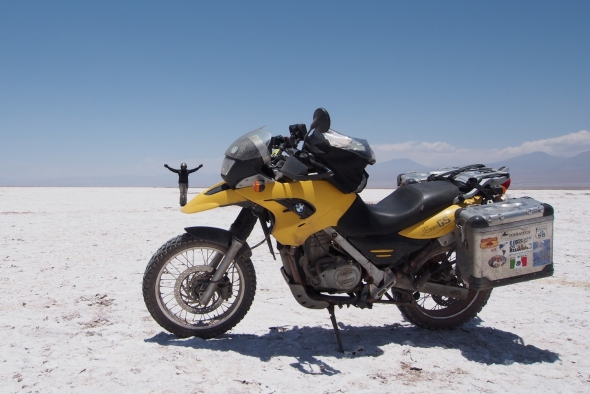 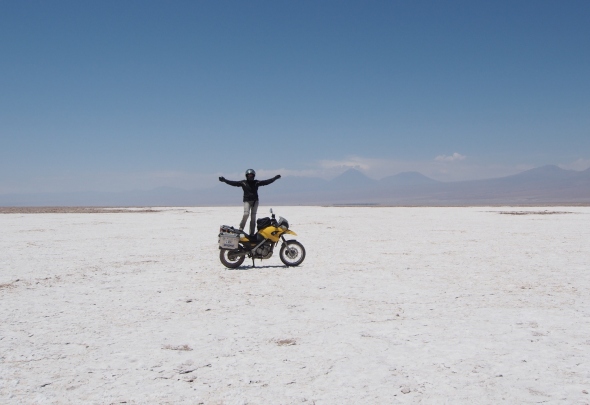 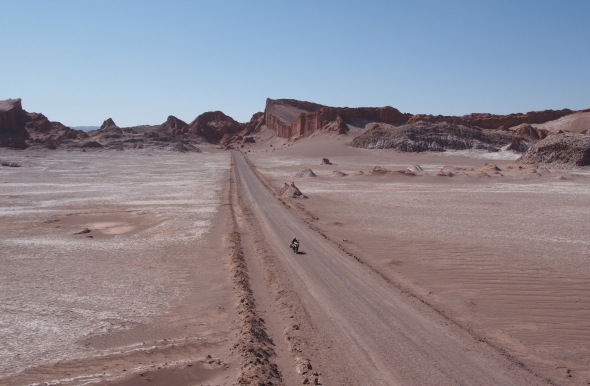 This entry was posted on December 18, 2012 by teamklapperscheese. It was filed under Travel Reports and was tagged with Chile.